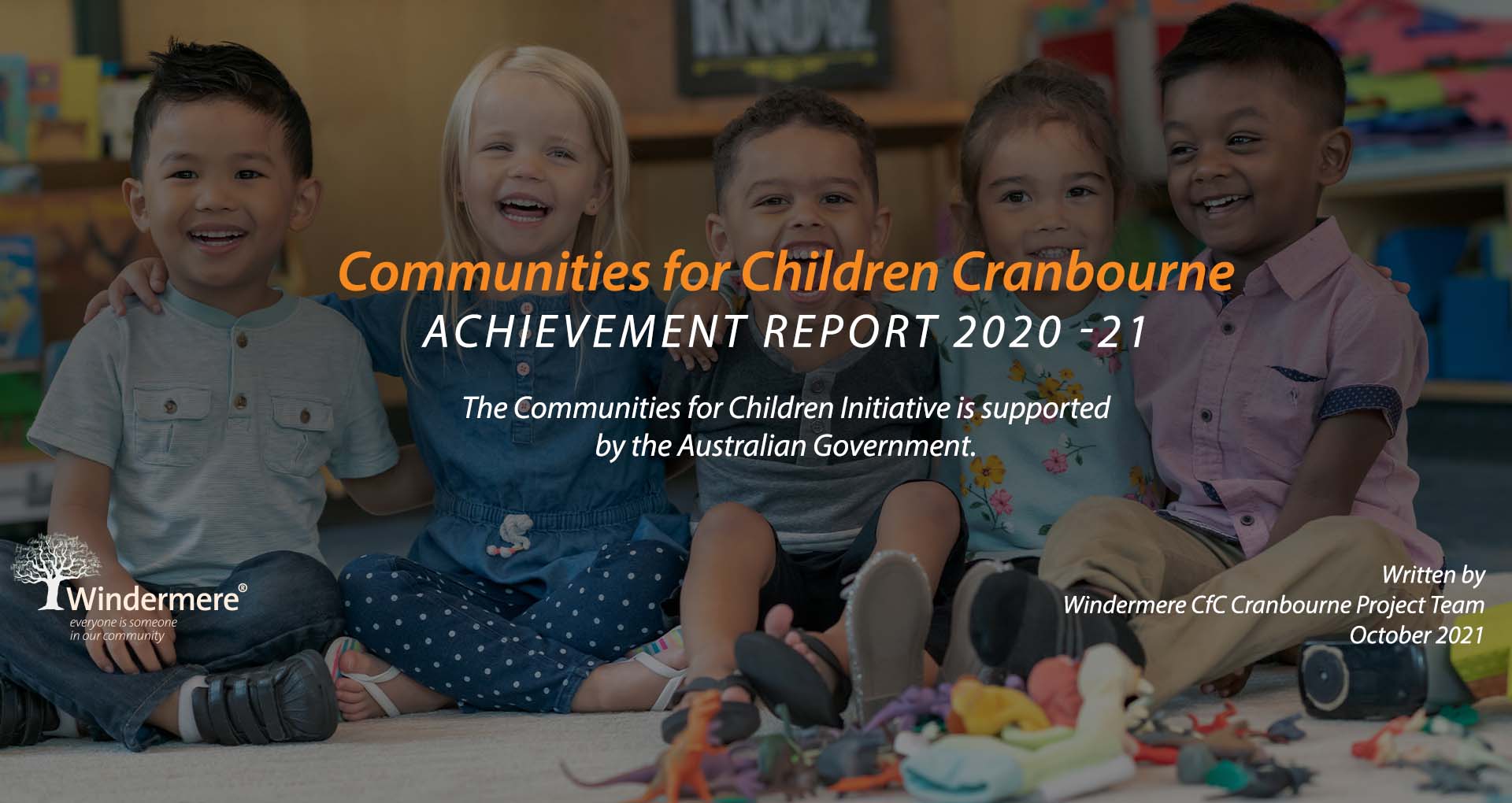 
The Impact of Windermere's Communities for
Children in Cranbourne

Supporting the wellbeing of children and families

Communities for Children (CfC) is an Australian Government Department of Social Services initiative. It fosters the development and wellbeing of children from birth to 12 years old who are living in communities experiencing vulnerability or disadvantage.

CfC is delivered through Facilitating Partners (FP) who fund other organisations (known as Community Partners) to provide services to the community. This model has been shown to achieve positive results for children and families.

Windermere is the CfC Facilitating Partner for Cranbourne. 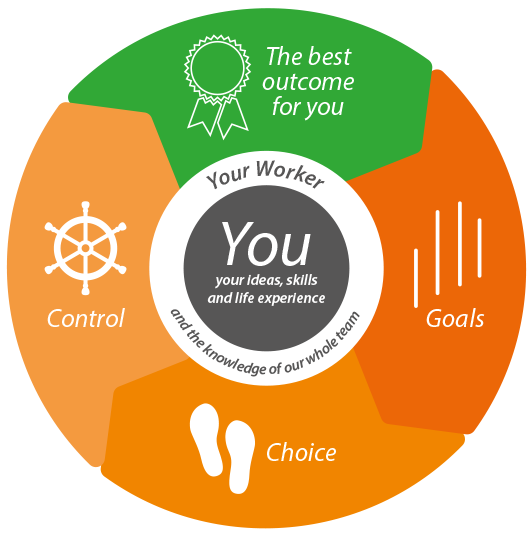 About Windermere Child and Family Services

Windermere is an independent, not for profit organisation which provides services across Gippsland and Melbourne’s south-east. 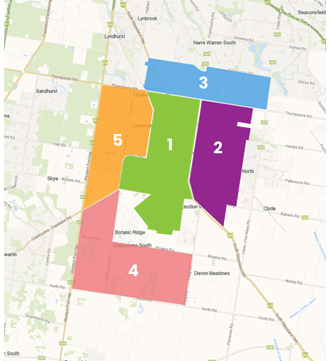 The CfC site consists of five local communities in the postcode of 3977, being:​

​Cranbourne is an area of relative social and economic disadvantage where many families experience intergenerational poverty.  Compared to the figures for Australia, on average in Cranbourne:

CfC Cranbourne uses strong evidence of what works most effectively to support children in the early years of their lives.

We help build capacity amongst local services and community members to enable better and safer futures for children and families.

Supporting Cranbourne children
and families in 2020-21

During the year we supported six community partners: 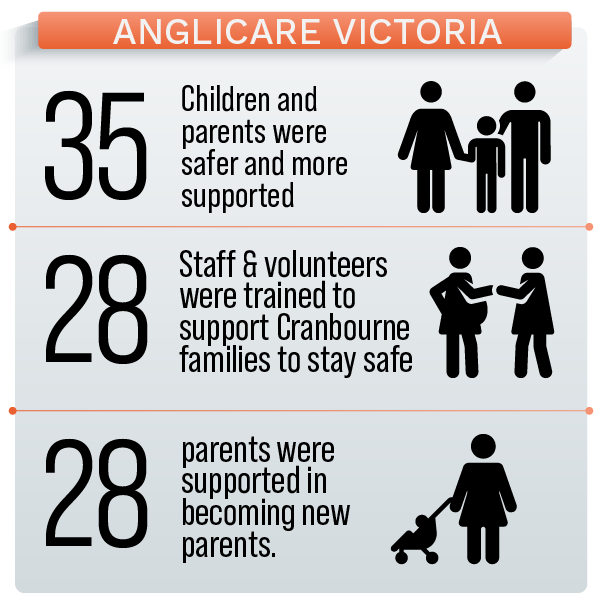 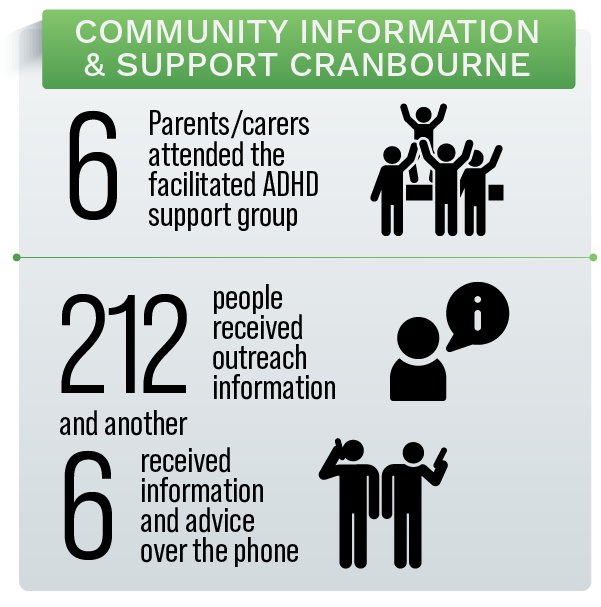 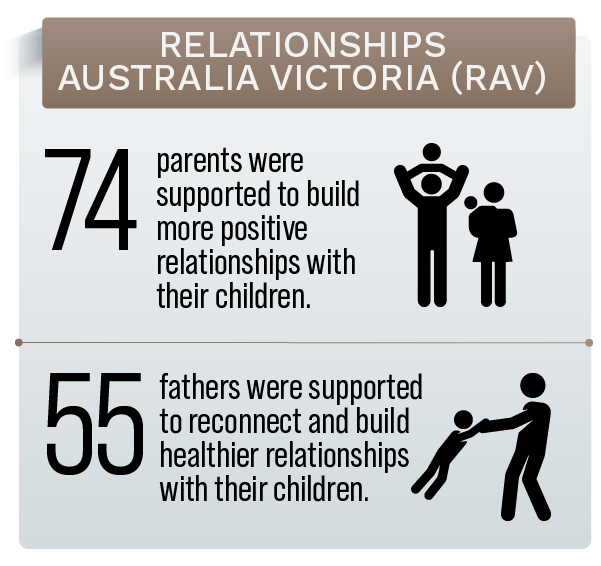 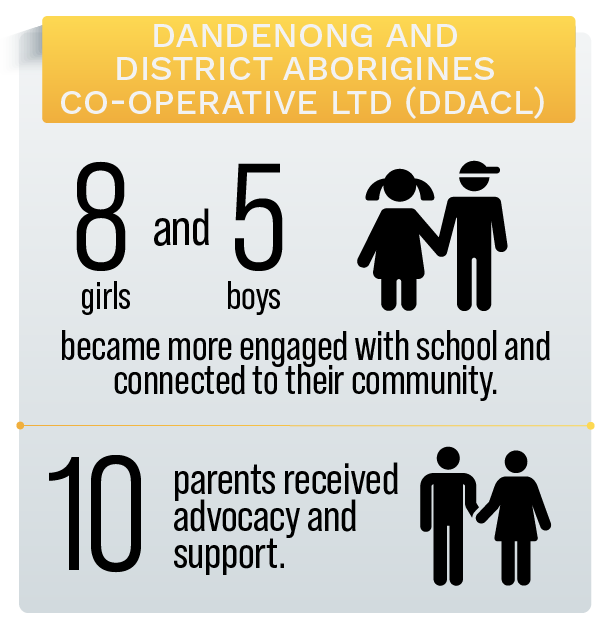 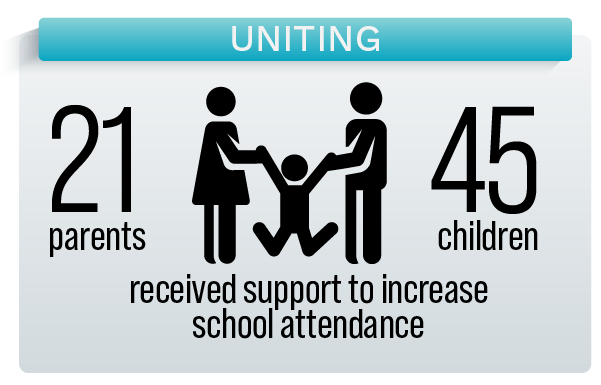 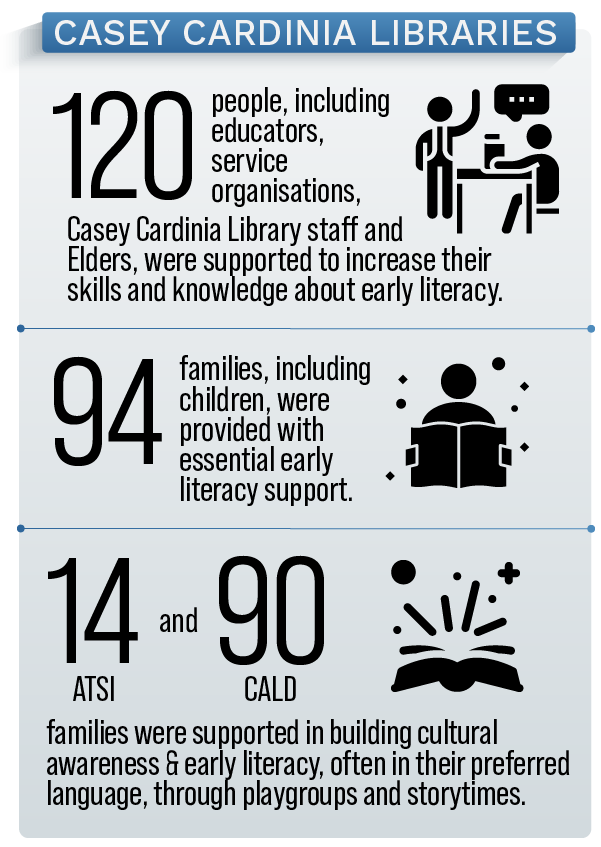 Anglicare:
35 Children and parents who had experienced trauma were supported to rebuild relationships and move forward in their lives.
28 staff and volunteers were trained to support Cranbourne families on their recovery journey.

94 families, including children, were provided with essential early literacy support.

14 ATSI and 90 CALD families were supported in building cultural awareness and early literacy, often in their preferred language, through playgroups and storytimes.

Dandenong and District Aborigines Co-Operative Limited:
8 girls and 5 boys became more engaged with school and connected to their community.

55 fathers were supported to reconnect and build healthier relationships with their children.

Throughout the year our six Community Partners provided critical supports and services to children and families in the Cranbourne area.

The Covid-19 pandemic and restrictions had a significant impact on the Cranbourne community and our Community Partners.

In response to supporting the Cranbourne community through the pandemic, the CFC team and partners came up with a range of innovative and flexible changes to programs and services. This included: 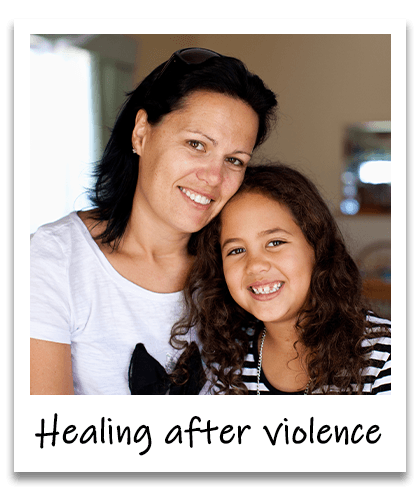 Charmaine* and her seven year old daughter Mia are both calmer, happier and more confident after participating in Anglicare’s Beyond the Violence program.

When they first joined the program they were looking for support to move forward and recover from trauma and family violence.  Mum Charmaine was determined to attend the program despite having to also cope with additional challenges. Young Mia was extremely shy, anxious and withdrawn. After commencing the program Charmaine noticed that Mia was becoming more relaxed in their home environment. The Beyond the Violence facilitators also started to notice a significant shift in Mia’s behaviour. Mia began opening up with facilitators, and Charmaine reported how excited she began to feel about coming to Beyond the Violence sessions. Thanks to the program Charmaine says she feels more confident with her parenting. Mia’s anxiety has also lessened and she has slowly become more open and comfortable in her interactions with people.

During the year Libraries has Legs playgroup librarians noticed that many of the young children seemed to be more confident talking about themselves from remote home settings. Joining the group virtually from their home environments enabled them to share what was important to them, such as their much-loved pets, toys and interests. In some cases this brought out confidence not seen towards the group before.

One memorable day Mieka*, one of the young participants, shared her new bike enthusiastically with the group.

She was able to share what she had learned so far about riding and even take the group on a tour around her backyard.  Her confidence continued in other online sessions as she shared artwork, her drawing pencils and other things around her home environment. This had a positive impact on the group as a whole and encouraged other children to share their own artwork and toys. 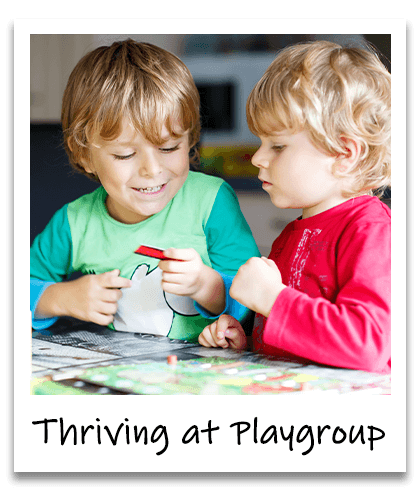 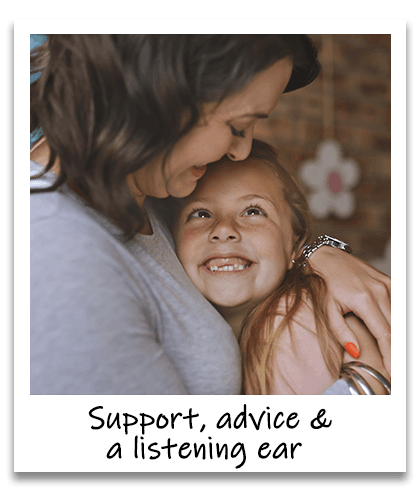 During the COVID-19 restrictions, attending face to face sessions with an external service provider and vulnerable families was challenging.

In consideration of this important partnership, CISC developed a proposal to re-establish service connection, to support people being referred to the most appropriate service and where possible, an effective response was delivered for those in crisis.

To achieve this, CISC was able to deliver a series of online meetings to update the service providers on new and existing programs. This format provided an opportunity for relevant and up to date information to be available to staff, answer queries and reinforce their knowledge of local support services.

Since these information sessions, CISC has noticed an increase in client referrals, creating opportunities to provide the community with relevant service information and referrals to internal and external specialist services.

As a result of this adaption, this revised format will continue between CISC and the service provider into 2022.

Boys on the Bounce

Sammy* waited three years to join Boys on the Bounce and was so excited to join the group.

Roy*, another member of the group, initially struggled with attitude and attendance. Now every week he is proud to tell the program facilitator: “Uncle I’ve been good at attendance and respect and uniform.” Every week he ticks his achievements off his fingers: showing respect, learning about culture, getting to know each other, making connections, starting to learn about the mob they’re from and going home and asking questions.

Girls on the Go

Initially Sarah* was shy and hesitant to talk or communicate with the group. Subsequently she opened up and spoke about her sibling who has additional needs possibly attending the program. 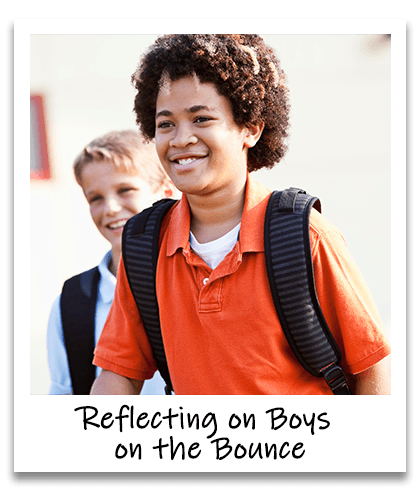 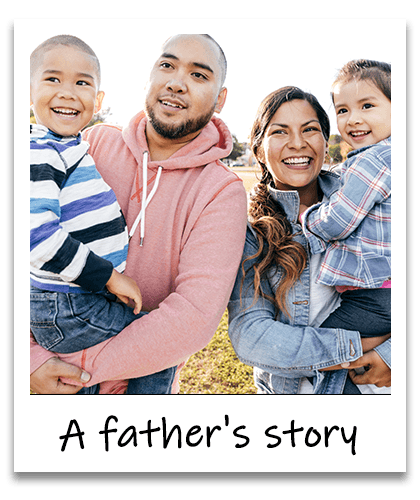 Dad Ethan* attended the Dads Tuning in to Kids (TIK) program. After commencing supervised visits with his son, Ethan was pleased to notice some positive differences in his son’s behaviour when he used some of the emotion coaching tips. “I have been practising both descriptive praise and the ‘connecting’ part of emotion coaching when I’m with my son, you know, getting down on his level and trying to be specific when I praise him, not just saying ‘that’s good’ or 'well done'. I felt proud to see him the other day at the play centre squat down next to another little kid and say ‘I like how you’re a good climber, would you like to play with me?’ he says".

Neil*, attends the Dads Tuning in to Kids group. As he shares the care of his two daughters, Janet* and Bianca*. It has been challenging to foster a meaningful relationship with them.  “When I started the course, the phone call time with my girls wasn’t easy, it was really hard for me to engage with them on the phone.” After using some of the learnings from the course, Neil says that the relationship between Janet and Bianca is becoming more relaxed and happy. “They ask me about things at my house like whether their pictures were still on the fridge. They tell me about school and kinder activities because we’ve been talking so much more when we are actually together. It’s like they know my interest in them is real even when we’re apart. I feel like learning emotion coaching is the missing magic 10% of parenting”.

Due to the COVID-19 pandemic, the SASP program modified service delivery, developing flexible and creative approaches to supporting its young people and their families. This included:

SASP also linked families into multi-disciplinary services and provided advocacy for families based on the priority of need. 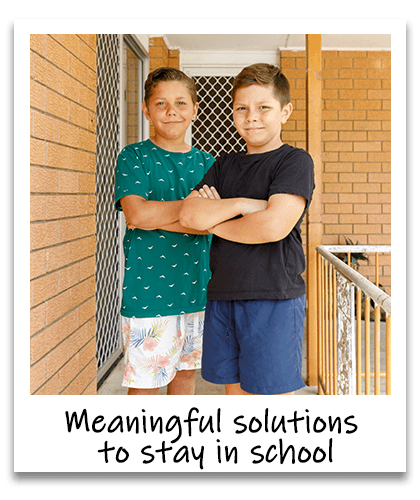 Communities for Children supports the wellbeing of children by working alongside families and the Cranbourne community to help build their strengths.

Windermere offices are located at a number of sites across South Eastern Victoria.