Had a ball at Bounce of the Ball!

Thank you to all those that attended the 2018 Bounce of the Ball Luncheon.

Attendees walked the red carpet into the beautiful members dining room at the MCG, 48 hours before the first bounce of the season.

We heard from our Mums & Bubs worker Melissa Young, depicting what a week is like in the house, what programs are run and what is actually done to get these young mums standing on their own two feet again.

We then heard from Jobe Watson, Kate Sheahan and of course our Ambassador Matthew Richardson in a panel discussion on all things football, the current state, and where things may be heading this year.

Entertainment was aplenty as we enjoyed the musical duo Dean and Carruthers, and the premiership cup was there again, in its full glory.

All whilst raising over $110,000 for Windermere's Mums & Bubs Program! So thank you again to all those that attended and to those that contributed. We can't wait to see you next year!

Bounce of the Ball Guest Panel

Nigel is a channel Seven and ABC Grandstand Commentator and an AFL Player Agent. He will be talking to our Guest Panellists to give you the latest scoop on the upcoming AFL season.

Club Captain for almost half of his glittering 220 AFL game career with Essendon, Watson won the Bombers’ Best and Fairest, the Crichton Medal, on three occasions and was a dual All-Australian.

Since his retirement from AFL Richo has made a career as a radio and TV footy commentator. His ‘never give up’ attitude makes him one of the all Australian greats of the game and just right as an ambassador for Windermere.

This year funds raised at the event will support our Mums and Bubs program. This incredible initiative provides emergency housing and support for young mothers and their babies, facing imminent homelessness. Join with other footballing legends and inspire others to be their best.

This event is proudly sponsored by Zagames Family Restaurants. 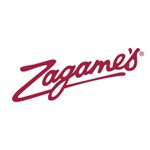 If you would like to find out more about partnering with Windermere on this event or other upcoming events, phone the Marketing & Community Partnerships team on the main switch or email fundraising@windermere.org.au