Our people set us apart

We’re passionate about making a positive difference in our community, especially when it comes to children, families and individuals who may need additional support at any moment in their lives.

We will always do the right thing by our consumers, our people and our community because we believe that everyone is someone in our community and we approach our work with that in mind.

Gary Castricum is Managing Director of Castricum Brothers Pty Ltd. The Castricum family has owned and operated butcher shops and businesses in Dandenong continuously for nearly 60 years.  Gary was born and bred in Dandenong and is passionate about helping Dandenong reclaim its place as a vibrant retail and commercial hub for business and the community.

Gary lived in Dandenong North until he was 21, attending local primary and secondary schools before completing tertiary qualifications at La Trobe and Swinburne Universities.  Later he joined the family business, which includes an export meat processing plant in Hammond Rd, Dandenong South, where he has been active for the last 25 years. Gary joined the Windermere Board in 2015.

Alane is a finance executive with over 25 years of experience in major listed multinational corporate organisations and Big 4 accounting firms.  Alane is currently the Group Financial Controller for Bupa (AsiaPacific) and is highly skilled in the areas of financial control, financial and regulatory reporting, policy & governance, treasury and capital management.  She specialises in technical, financial accounting as well as process improvement and efficiency.  Alane is a chartered accountant and a member of the Institute of Company Directors.

Alane joined the Windermere Board in 2018.

Mark Findlay is the first Global Finance and Operations manager for Urban Adventures. Mark joined Urban Adventures at the start of 2019 and comes with over 16 years of accounting experience. Prior to joining, he was Commercial Manager for five years at an Australian family business that provides diverse services and solutions to the food industry. There he implemented system upgrades and developed in-depth reporting and analysis both weekly, monthly and annually. He was part of the executive team and helped implement One Page Strategy document into the business.

Mark joined the Windermere Board in 2020.

Malcolm has over 15 years of experience working in the Healthcare market sector in the delivery of products and value-added programs to Aged Care providers and Community consumers.

Malcolm is currently the General Manager, Healthcare for Bunzl Outsourcing Services, a global business with over 500 employees and 27 locations across Australia.

As the Healthcare market lead, Malcolm has developed specific product supply, education and cost management solutions that have allowed organisations to differentiate themselves in a competitive market place.

He holds a Master of Business Administration and Bachelor of Economics from the University of New England and is also a Graduate of the Australian Institute of Company Directors.

Malcolm joined the Windermere Board in 2018.

Rod Wiedermann is one of Australia’s most experienced media executives; he brings a strategic and financial focus to every project. Rod has a wide range of skills and places a particular focus on corporate leadership and innovation.

Rod is currently Managing Director of Mediaxpress Pty Ltd, a multi-media publishing company, an organisation that provides content, photographs and magazines to many of Australia’s major media companies and Universities.

He is also a former executive editor and managing editor at The Age – editorial positions that gave him a window into the needs of marketing, advertising and editorial. Rod has also worked at the ABC within the Corporate Strategy and Planning Division, where he provided strategic advice to the Managing Director and the ABC Executive.

Rod joined the Windermere Board in 2018.

Janine works with individuals, teams, and organisations to design and implement positive workplace change.  An independent management consultant since 2000, she has worked on a wide range of people-focused projects, including the completion and implementation of over thirty organisational reviews across the higher education, research, biotech, manufacturing, retail and community sectors. Her work is grounded in purposeful conversations that get to the bottom of issues and a commitment to equity, inclusion and productivity. This successful formula has led to high levels of client loyalty and referral.

Recently Janine has co-founded an exciting new movement, War on Wasted Talent, that supports experienced professionals 45+ seeking to make a career change or start a business.

Janine holds an Adjunct Research Fellowship with Swinburne University, where she completed her PhD in Economic Sociology.

Janine joined the Windermere Board in 2020.

Kelly Dickson first commenced her engagement with Windermere on the Risk Management Advisory Committee in August 2011 and concluded that role in September 2017. Kelly re-joined SERC in mid-2019 and has remained an active member of the Committee. In addition, Kelly provides direct support and guidance in operational issues of privacy.

Kelly is the Managing Principal Lawyer for the Dandenong (Victoria) office of Macpherson Kelley, a full-service commercial law firm with offices in Victoria, New South Wales and Queensland. Kelly’s broader professional bio includes over 15 years of professional experience within the commercial legal sector, particularly in the ‘trade’ aspect. Kelly’s client base is very broad; however, the majority are in the manufacturing and consumer goods space and financing sectors. Kelly is also heavily involved with advising multinationals (whether at the local AU subsidiary level or liaising with Group Counsel headquartered overseas) on local AU regulatory and trading requirements.

Kelly joined the Windermere Board in October 2021.

With over 20 years of experience in senior leadership roles, Elke has led cross-functional teams to achieve strategic business goals, working passionately to ensure that corporate services functions enable every team member to thrive at work and ensure our services are client-centric and outcome-focused. In her current role as Director of Corporate Services, she leads MedHealth’s people strategy, marketing and communications strategy, compliance program, innovation and project teams, and facilities function. Elke also holds the position of Chair of MedHealth’s Diversity and Inclusion Working Group, driving business change and embedding the supporting systems and processes to harness the power of diversity in creating an engaged, empowered and enabled workforce. Additionally, Elke is a member of MedHealth’s Risk and Compliance and Remuneration Committees.

MedHealth is a collection of industry-leading health, medical and employment brands focused on supporting individuals to build a better life through work and health, with over 2600 team members across 300 sites nationally.

Elke joined the Windermere Board in November 2021. 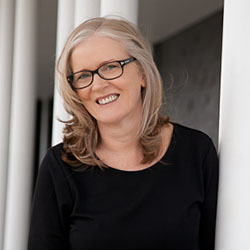 Dr Lynette Buoy commenced as CEO for Windermere in early 2013. Previously, Lynette held numerous leadership roles, including: CEO for the Centre for Excellence in Child and Family Welfare, the state peak body for 95 welfare agencies; General Manager for The Smith Family in Western Australia; and CEO for the Lady Gowrie Child Centre (Melbourne) Inc.

Lynette’s roles have seen her working across the community services sector in areas of community development, recreation, youth services, early childhood development, education and family services - all with a focus of improving outcomes for vulnerable and disadvantaged children, families and the community. 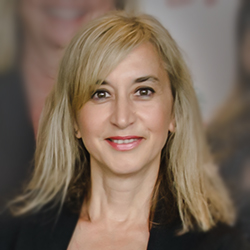 Lil is responsible for the development of Windermere finance and corporate resources. As a qualified accountant with over 25 years senior management experience across government, private and community sectors, she brings a diverse range of skills and knowledge to her portfolio.

Lil’s passion is for ensuring that service delivery is enhanced through contemporary business models and that all resources are maximised to improve the lives of our consumers.

Lil’s work is driven by a blend of strong business acumen and a shared commitment to the community. Prior to Windermere, Lil spent seven years in the role of Finance Manager at the State Library of Victoria.

Susanna has worked within the community services and health sectors for more than 25 years, gaining extensive experience as both practitioner and as senior management leading large and diverse teams. Susanna’s work extends across many diverse disciplines including counselling, disability, aged care and mental health.

Susanna has an overwhelming passion and commitment to assisting children and families in her local community. In her role as Volunteer Foster Carer through the Adolescent Community Placement program, over a 10 year period Susanna helped a significant number of young people and families. Her and her husband were also co-founders of a not for profit organisation aimed at supporting youth and their families. 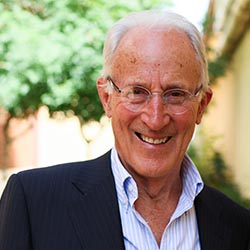 In this year's Queen's Birthday Honours List, Mr Carl Strachan, previous Chairman and Board Member of Windermere for the last 24 years was awarded a Medal of the Order of Australia (OAM) in recognition of his distinguished services to the community through social welfare organisations as well as being appointed as Windermere Patron.

As a previous resident of Harkaway and former owner of the Berwick Inn, it was Berwick's growing welfare needs that struck a chord with Carl.  After meeting with Windermere and finding out the work that was being done it shocked him.  "I thought, this can't be happening in our community", he said.

24 years later his work has been recognised by the community and his peers.

Carl has been an inspiration to everyone he meets, both professionally and personally and has always gone above and beyond to support, guide and promote Windermere’s interests and its role in the community.

Fellow Board Members and the Windermere community have also invited Carl to become Windermere’s Patron which he has graciously accepted as he now formally ceases his role as a board member.

Windermere CEO, Dr Lynette Buoy said, "It has been a tremendous partnership valued by all and we look forward to our continued journey together". 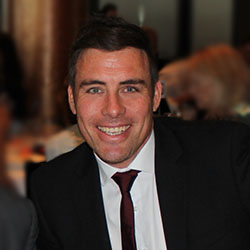 “I am proud to be an ambassador of such a worthy community service organisation. Keeping children, families and individuals safe is one of the most important responsibilities that we as a society undertake. It’s great to be part of an organisation that will make a difference to future generations.”

Matthew Richardson was born in March 1975. The self-confessed ‘footy head’ made his debut for Richmond in 1993 and was an AFL Rising Star nominee in his first season.He went on to play 282 games, taking more than 1600 marks and kicking some 800 career goals.

Since his retirement from AFL Richo has made a career as a radio and TV footy commentator.His ‘never give up’ attitude makes him one of the all Australian greats of the game and just right as an ambassador for Windermere. 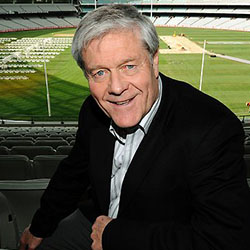 "It's an honour to be an ambassador for Windermere, to give something back to the community and those most in need, is extremely humbling.

Ambassador, media commentator, former AFL footballer and four time premiership coach David Parkin, the tough back-pocket, played 211 games for Hawthorn Football club, kicking 21 goals. He captained the Hawks to their second premiership in 1971, then went on to coach them to a flag in 1978.

Being one of only six legends to coach more than 600 AFL games, David’s accomplishments are outstanding and in 2002 he was inducted into the AFL Hall of Fame.

David has co-authored numerous books dealing with issues surrounding coaching, self motivation, effective leadership and teams. He is one of the most inspirational speakers and the perfect choice as a Windermere Ambassador.

Windermere is committed to equity & equality for consumers and employees, this by building diverse and inclusive services and work environments, where all peoples from Aboriginal & Torres Strait Islander, Culturally & Linguistically Diverse, LGBTIQ+ Communities and those living with disability will know and feel accepted, affirmed, safe and celebrated. Windermere is delivering this through the continued development and implementation of our Welcoming and Inclusion Strategy 2021-2024. All forms of discrimination, including that based on race, culture, ethnicity, religion, age, disability, sexual orientation and gender identity, will not be tolerated. All employees, consumers and visitors are expected to behave in non-discriminatory ways.